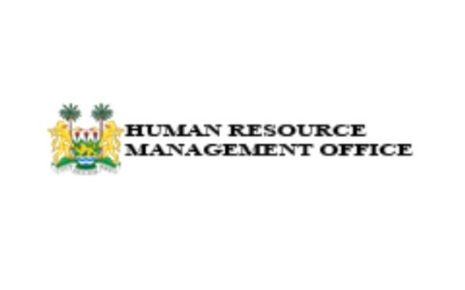 The HRMO was officially launched by H.E. The President on 7th August, 2008 after approval by Cabinet in Memorandum CP (2006)6. It replaced the Establishment Secretary’s Office which had been in existence since 1961. The mandate remains the same for HRMO but newer responsibilities and challenges have been added on its tasks. The transformation cannot be complete overnight largely because there are several activities and milestones that need to be addressed in the transformation process. The HRMO continues to evolve as it redefines its relationship with traditional partners and new stakeholders in the bid to rebuild a new Civil Service.

Apart from the cabinet Conclusion, the HRMO draws its mandate from a combination of the 1991 Constitution, the Civil Service Codes and the Public Service Commission (PSC) regulations. Sections 151 – 154 of the 1991 Constitution confers powers on the PSC to make appointments (including promotions and transfers), to dismiss and exercise disciplinary control over employees in the public service. The human resource duties exercised by HRMO is mainly derived from “Delegated Directives” of the PSC .

Section 152(10) of the Sierra Leone Constitution provides that: “The PSC may, with prior approval of the President, make regulations by constitutional instrument for the effective and efficient performance of its functions under this constitution or any law, and may, with such prior approval and subject to such conditions as it may think fit, delegate any of its powers under this sections by direction in writing to any of its members or to any public office”.

The structure and functions of HRMO have been fleshed out over time in readiness to assume more responsibilities from the PSC. The transfer of responsibilities is being phased to give time to HRMO to build capacity. Currently, PSC has delegated the management of all human resource matters, with regards to Grades 1 to 5, to HRMO. Additionally, PSC directs HRMO to process administrative paper work for grades beyond grade 5 regarding issuance of appointment letters and salary issues as well as promotions, transfers and re-designation of staff . The management of employee welfare including staff discipline and benefits have been a traditional responsibility of the Establishment Secretary’s Office which was passed on to the new HRMO. The newest challenge for HRMO is the management of Performance of employees. The setting up of a directorate in order to manage this process underpins the evolving nature of HRMO. It should be noted that Performance Management is not a new activity in the Civil Service; It now has a more robust mandate as well as being more organized and structured.

Since the beginning of the year, the Human Resource Management Office (HRMO) has found itself extremely occupied not only with its normal work programmes of managing the critical human resource functions in Sierra Leone’s civil service as delegated by PSC, but also intensely involved in the design and roll -out of new partner-supported civil service reform programmes as directed by State House/ Office of the President.