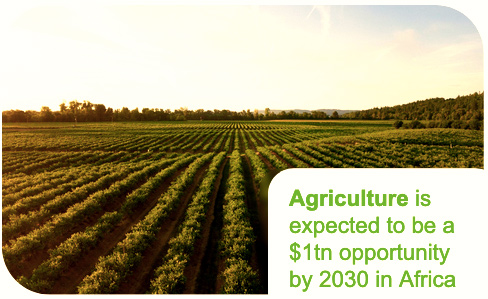 Driven by a steady increase in the continent’s population, rapid urbanization, and a burgeoning middle class, the agricultural sector in Africa is expected to grow beyond $1 trillion by 2030.

AfDb, in-particular is investing over $25bn over a ten-year time frame to help usher in agricultural transformation and economic modernization across Africa.

Sierra Leone has a resilient domestic market owing to the three factors elaborated below:

Abundant land resources for agriculture
SL has over 5.4m hectares of arable land out of which 75% is available for cultivation.

The Agricultural sector is a strategic sector for Sierra Leone and increasing agricultural productivity is central to the government’s food security and poverty reduction goals.

To that end, Sierra Leone recently launched its National Agricultural Transformation Programme 2023 to double production from existing levels and attract foreign investors to the country.

When both these factors are combined, Sierra Leone is an attractive destination for investors driven by the steady upward trajectory of the total addressable market and growing consumption of agricultural products.