On Monday 9th May 2022, a team from the Sierra Leone Investment and Export Promotion Agency (SLIEPA) led by the CEO held a fruitful meeting with the people of Port Loko and Kambia Districts respectively to present a team of consultants from Cameroon working for Gold Standard hired by Rise International.

Addressing the entourage, the Chiefdom speaker of Port Loko District, Chief Malapy M.A Tarawally welcomed the delegation on behalf on the Regent Chief of Bakeh Loko Chiefdom, Port Loko District, Chief Foday Santigie Kanu. He thanked SLIEPA and Rice International for such a project to be taken to their district, while admonishing the fellow chiefs to do the necessary so that the project will be a success for both the community and the company. He went further to applaud the CEO of SLIEPA for steering the whole process and owing up to his words in actualising President Bio’s vision for investors to come and invest in the country.
In his statement, Mr Hardy Jallon, Manager for Investment Promotion at SLIEPA, introduced the delegation and gave brief overview of the project.

Mr. Bjon Green of Rise International provided the project overview which he called a re-forestation and economic development. He presented the two sets of consultants (International and Local) that the company has hired to do the needful. He encouraged the council to make available the necessary data so the consultant can do the work within the required time frame.

In his statement, the CEO of SLIEPA Mr. Sheku Lexmond Koroma thanked the Stakeholders for their warm reception, encouraged the chiefs to embrace the project and advised the investors to work with the chiefs as they are the custodians of the land. He further said that the visit is based on another progress made from the last visit of the said project. He reiterated the agency’s commitment and reassured of his full support in making sure that the project is a success for both parties.

The Resident Minister of North-West Region, Hon. Alpha Kanu, in his speech, thanked the CEO of SLIEPA and the team for facilitating the project. He highlighted the importance of the project to his people and applauded Rice International for choosing the North-West Region at it first spot for the said project. He assured of his maximum support and emphasised on the Government’s commitment to its citizens in making sure that all its citizens are not disenfranchised.

Also, Prince A. Sombo, The Provincial Secretary of North-West Region and Chairman of the meeting in his speech thanked Mr Biom of Rice International for such brilliant idea. He said his people welcomed the project with open hands and are ready to do the needful.

In another engagement, the Honourable Paramount chief Bai Farama 111 of Magbema Chiefdom, Kambia District and Mohamed Y Bangura the Chairman of the Kambia district council welcome the delegation and highlighted the various economic activities that are been done in the district, ranging from Agriculture, fishing etc. They reaffirm their greatest support to Rise Int. and assured them of the people’s willingness in making sure that the project is a success.

Mr Eric fotsing of Gold Standard, one of the consultant from Cameroon said his team is very pleased with the hospitality so far from Sierra Leoneans since they came into the country. He said their work during the course of stay will be to access and engage the community people about the said project. He further asked for maximum cooperation from the community as the project is their own.

Mr George Rogers Assistant Director, Ministry of Environment, highlighted the Ministry commitment to such project. He thanked Rise International for bringing such a project which is geared towards protecting the environment and creating livelihood for its people.

May 23 2022
The Sierra Leone Investment and Export Promotion Agency (SLIEPA), on the 25th of April 2022 showcased Sierra Leone’s investment potential to a delegation of African-Americans who have traced their ancestry root to Sierra Leone; the engagement was held at SLIEPA Head Office, OAU Drive, Tower Hill, Freetown. With delight, The CE...Continue Reading 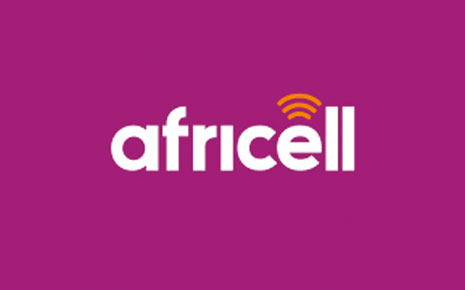 May 19 2022
The company have enjoyed tremendous support from the Government of Sierra Leone over the years since its inception in Sierra Leone as one of the leading mobile operators in Sierra Leone.  The introduction of the floor price on all voice calls in 2021  has had significant impacts on the expansion driv...Continue Reading 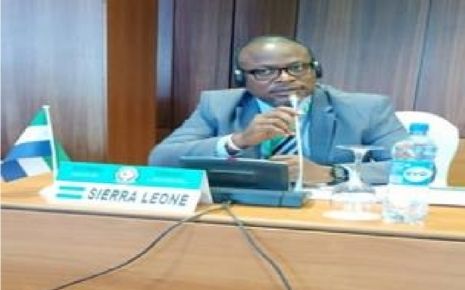 Aug 16 2021
The Trade Promotion Organisation (TPO) Network has appointed Mr. Sheku Lexmond Koroma, the Chief Executive Officer of the Sierra Leone Investment and Export Promotion Agency (SLIEPA), as the Chairman of Finance and Resource Mobilization Committee for TPOs in West Africa; his appointment was made in July 2021, during the network’...Continue Reading
Add to Report View Custom Report
Follow SLIEPA on Social Media