In his welcome statement, the Regent Chief expressed his delight in the way STL has related with them over the years and looked forward to more collaboration with the company for the benefit of the company and the people of Lugbu Chiefdom.

Chairman Bindi who also served as Chairman of the occasion appealed to the community people to look at the STL company as a priority project of the Government of Sierra Leone and should do all within their powers and responsibilities to enhance the smooth operations of the company and advised the company to continue to upholding their corporate responsibilities, especially in the respective communities where the operate.

The Chief Executive Officer of SLIEPA, Sheku Lexmond Koroma reiterated his institutions continued services of providing specialised aftercare services to the company and people of Lugbu to ensure that there is a cordial and win – win situation for both parties. Mr. Koroma also stated that as the government agency charged with the responsibility of promoting Sierra Leone as a destination of choice for investors SLIEPA will do its utmost to ensure STL succeeds and the people of Lugbu chiefdom are happy.

The Legal Representative for the Community informed the people that they have reached a consensus with STL to proceed with the signing of about 650 leases for parcels of lands already identified by the company. This process, the Legal Representative went on, will start in the next few days with intense community engagements on the draft lease documents; and will end by June this year.

The General Manager of STL Mr. Patrick Blake assured the people of Lugbu that STL remains committed to investing in Lugbu and announced that the company will start the construction of roads within the community and an agro-processing facility to produce tropical fruits which will create additional 200 -300 more jobs in the coming months.

The meeting was climaxed by the formation of the Grievance Redress Mechanism (GRM) Committee and the Community Development Action Plan (CDAP) Committee to address concerns within the project operational areas and implement social projects respectively within Lugbu chiefdom.

© SLIEPA: Directorate of Marketing and Communication 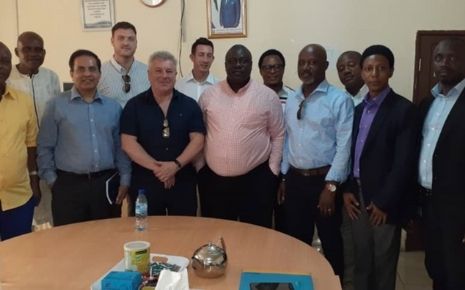 Mar 11 2020
On the 4th March 2020, Pro Environmental Recycling Solutions based in Kent, United Kingdom, met with the Sierra Leone Investment and Export Promotion Agency (SLIEPA) to discuss their plan of establishing a plastic recycling company for the manufacturing of PET Flakes in Sierra Leone.  The meeting was held at th...Continue Reading 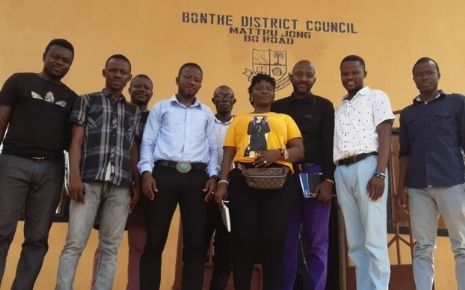 Mar 10 2020
The Sierra Leone Investment and Export Promotion Agency (SLIEPA) over the past three weeks embarked on a series of engagements with Ministries, Departments and Agencies (MDAs) including Local Council Authorities in selected districts across the country to identify new investment opportunities, existing investments operating in the districts and to strengthe...Continue Reading 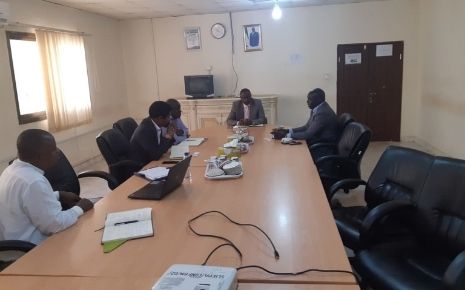 Feb 28 2020
The new Resident Representative of the International Finance Corporation (IFC), Mr. Babacar S. Faye, on the 26th February, 2020, paid a courtesy call on the Sierra Leone Investment and Export Promotion Agency (SLIEPA) at its Head Office, Tower Hill, Freetown. The visit of Mr. Faye, according to him was to familiariz...Continue Reading
Add to Report View Custom Report
Follow SLIEPA on Social Media