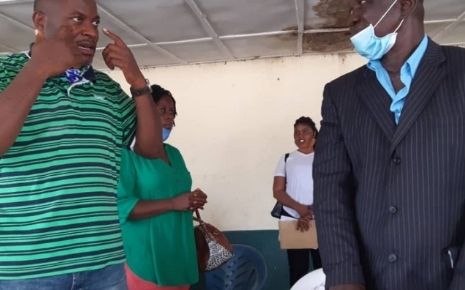 A team from the Sierra Leone Investment and Export Promotion Agency (SLIEPA) staff led by the CEO, Mr. Sheku Lexmond Koroma, has on the 17th August 2020, concluded another phase of Aftercare Services and Investment Mapping engagement with chiefdom authorities and selected agribusinesses in the Southern Region.

Speaking to the audience, the Chief Executive Officer (CEO) of SLIEPA, Mr. Sheku Lexmond Koroma, said that SLIEPA was formed by an Act of Parliament to promote investment and export in Sierra Leone and it therefore serves as an intermediary between the community, the investors and the Government. The motive of the visit, he said, was not just to take SLIEPA to the communities but also to sensitize the local authorities being custodians of the land, to involve SLIEPA in their engagements with investors that approach them to invest in their Chiefdoms. He stated the reason behind their involvement to be guiding both the communities and the investors through an open and a transparent process leading to the establishment of such investment in order to benefit all the parties and change the livelihood of the landowners.

CEO said that, Sierra Leone imports over two hundred million dollar ($200,000) worth of rice per annum; for which the President, Brigadier (RTD) Julius Maada Bio, upon his election, has done everything possible to encourage farming across the Country to change the status quo; an effort that has certainly eradicated rice shortage during COVID-19 as in contrast with the projected food scarcity. He further informed the audience that his Agency provides free services and does not provide direct financial support to its clients, but creates links that add values to their businesses. He encouraged the people to be preparing their minds to be receiving SLIEPA and Investors, as there is hope for their arrival at the ease of COVID-19 and committed to opening SLIEPA office in Mattru Jong, looking at its economic value.

In support of his CEO, The SLIEPA Acting Director of Investment Promotion Department, Mr. Victor Bangura, said establishing and further consolidating collaboration between SLIEPA and chiefdom authorities lessen the work of both parties especially when dealing with investors and the communities. He said the involvement of SLIEPA in engagements between the communities and the investors helps, as SLIEPA has the expertise to conduct due diligence on investors to know their backgrounds and operational activities in other countries and guide them to follow due process where all players (investors, community and government) become winners. The investors establish their businesses; create jobs for the people including response to their Corporate Social Responsibility and pay taxes to the Government, which are used for developmental programs including scaling up the Free Quality Education and Free Health Care.

According to the SLIEPA Manager of Aftercare and Event Management, Mrs. Sally Sulaiman Gassama, part of the visit was to understand how already established investments are faring on during this COVID-19 scourge. She said that, the work of SLIEPA is not only to generate investments and export but to also care for investors aiming at their retention after establishment; a reason for which the Aftercare was created under the leadership of the substantive CEO, Mr. Sheku Lexmond Koroma. Mrs. Gassama, continued saying that the Aftercare Unit is not only dedicated to addressing unfavorable eventualities between investors and community people or the government but, also to collate progressive report on them such as expansion plans or yield; all geared towards creating the enabling environment for doing business.

In response, the Chiefdom Speaker of Tihun, Sogbini Chiefdom, Bonthe District, Joe J Vincent, welcomed SLIEPA with delight and assured it of a collaborative relationship with a gratitude for standing in the gap for them. Chief Vincent said that the visit was an eye opener to reassuring them that lands are their wealth; saying that had they got that awareness earlier on; they would have been guided in going into agreements for their lands. He appreciates the CEO for pronouncing the opening of a new SLIEPA Office in Mattru, which he termed as a developmental step in the Bonthe District.

The SLIEPA team also made a visit on the Greenfields Farm, a rice farm on 400, acres of land at Senehun Village, Kamajei Chiefdom, Moyamba District. According to the CEO of the farm Mr. Bockari Samba, the main aim for their establishment is to reduce poverty in compliment of the President Brigadier (RTD) Julius Maada Bio’s agenda for food self-sufficiency in the Country. He said though rice production is capital tasking, yet it has market, being the staple food of the Country and where the Government spends over twenty four billion Leones (Le 24,000,000,000) to feed just the uniform personnel; saying that although they are in long duration rice farming, but they aim at doing short duration when they have the required machines. Mr. Samba concluded that they vision to create a modern farm of mix crops and cattle with an agro chemical outlet to provide farm solution to farmers.

In another engagement, PC Momoh Gulama of Kaiyamba Chiefdom, Moyamba District, said the visit of SLIEPA in their localities is a manifestation of a turnaround in development in Sierra Leone. He said they do not want to do hide-and-seek negotiation with investors anymore as many come, bypass SLIEPA and use the back door to reach them, saying that the lands of their people entrusted in their hands as chiefs  are their bank; they should therefore benefit from them with no cheap negotiation. He Said the Government of President Julius Maada Bio is progressive as the Country has started seeing the light at the end of the tunnel and everyone should be supportive as drivers of this development. PC Gulama, explained that their District has a lot of investment opportunities having a fertile soil and being the largest District gives them the edge over others. He committed working with SLIEPA and encouraged it to link them with development that will benefit their people.

Other Chiefdoms visited were: Sowa in Pujehun District, Mattru Jong and Imperri in Bonthe District, Kori, Kamajie & Kaiyamba in Moyamba District and Bumpe in Bo District. 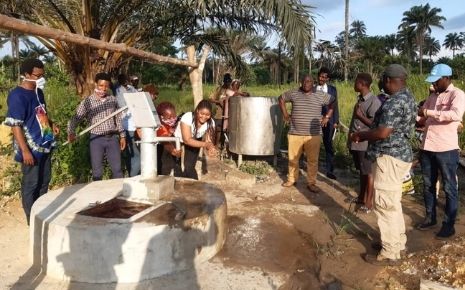 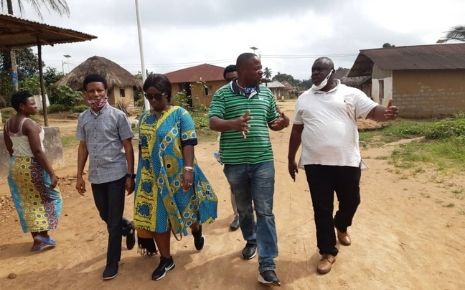 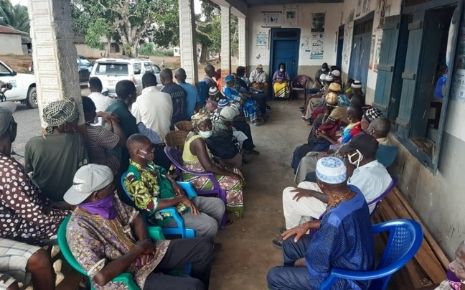 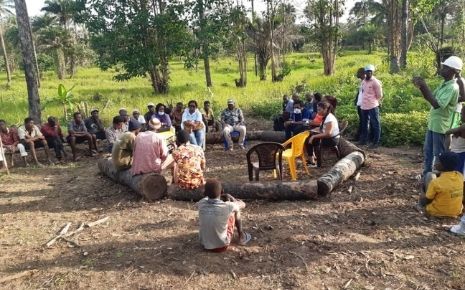 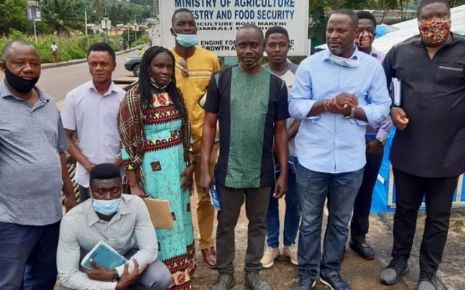 Aug 28 2020
The Export Development Department of the Sierra Leone Investment and Export Promotion Agency (SLIEPA), has on the 11th August 2020, ended a strategic engagement with the Ministry of Agriculture and Forestry (MAF) and some agribusinesses in Bombali and Karene District. The objective of this meeting was to obtain updates i...Continue Reading 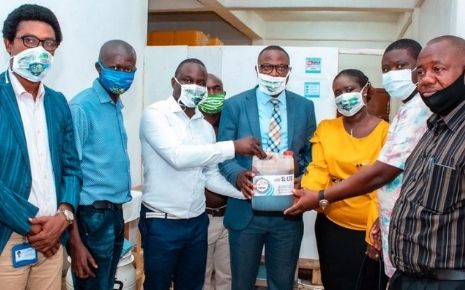 Aug 3 2020
Following a meeting at the Sierra Leone Investment and Export Promotion Agency (SLIEPA) Head Office in Freetown, the Chief Executive Officer of SLIEPA, Mr. Sheku Lexmond Koroma, together with his team on 29th July 2020 paid a return visit to Sierra Honey Investment at 74 Sanders Street, Freetown. The purpos...Continue Reading 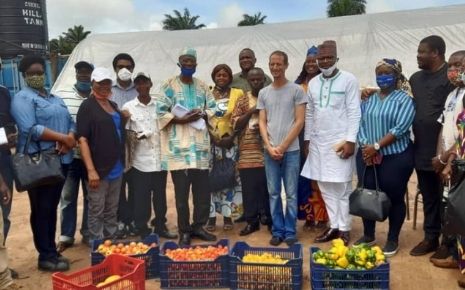 Jul 28 2020
On the 24th July 2020, the Sierra Leone Investment and Export Promotion Agency (SLIEPA) and other Ministries, Departments and Agencies (MDAs) made a day visit to the new export farm of Fresh Salone (SL) Ltd in Kobbaya, Kaffu Bollum Chiefdom, in the Port Loko district. The visit was in celebratio...Continue Reading
Add to Report View Custom Report
Follow SLIEPA on Social Media