As Part of Creating an Enabling Investment Climate, SLIEPA Meets with Chiefdom Authorities in the South-Eastern Region 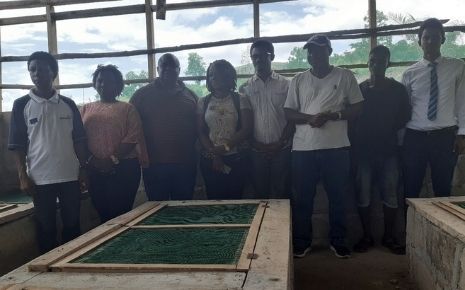 The Sierra Leone Investment and Export Promotion Agency (SLIEPA) has conveyed several meetings with selected chiefdom authorities in the South-Eastern Region of Sierra Leone to sensitize them on the mandate of SLIEPA and as well establish and further strengthen existing collaboration in preparedness of post COVID-19 investors’ arrival during the week of 12th October 2020.

The meetings according to the Chief Executive Officer (CEO), Mr. Sheku Lexmond Koroma, among other things was to ensure that they inform SLIEPA about investors wanting to do business in their chiefdoms, saying that SLIEPA serves as the mediator between, the government, people and the investors.

He further noted that the New Direction Government, through SLIEPA, is serious about facilitating and signing deals with well-meaning investors. Hence, the President Brigadier (RTD) Julius Maada Bio declaring the Country ‘Open for Business’.

Speaking during the meeting, the SLIEPA Acting Director of Investment Promotion, Mr. Victor Bangura, enlightened the audience that SLIEPA has the responsibility to identify production belts, search for investors, facilitate their establishment and help them export their products. He therefore encouraged the authorities to be involving SLIEPA in investment processes to have the investors follow due process, allow open and transparent processes between the investors and the communities where they intend to operate, thereby avoiding future disagreement leading to dispute.

On the same note, the Investment Promotion Manager, Mr. Hardy Jalloh, observed the community stakeholders are key in the investment facilitation process, whom according to him, SLIEPA cannot do without; reiterating that working together ensures the Community people, the investors and the Government stand better chances to benefit from investments in the Country.

Welcomingly, all the chiefdom authorities and their subjects visited were heartened by the moves of SLIEPA down to their communities. Describing the step as a laudable one, expressing that it would have been good for them had they had the awareness to involve SLIEPA in their engagements with investors. They thanked the Government through SLIEPA and committed their fullest cooperation to the initiative as it is centered on development for their people and the Nation.

Emphasizing the aptness of the visit, Chief Lahai Bockarie Magona, Town Chief of Potoru, Barri Chiefdom, Pujehun District, said they had a proposed discussion date with some investors that want to invest in their chiefdom, noting that, they have to make it known in their next chiefdom meeting that they must have the presence of SLIEPA from the inception of the discussion to the agreement stage between them and the investors.

The meetings were chaired by the Officer in Charge of SLIEPA Southern Region Office, Mrs. Habibatu Koroma Shyllon. 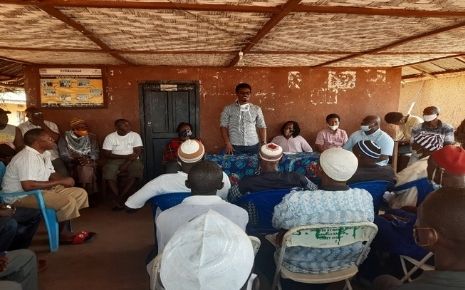 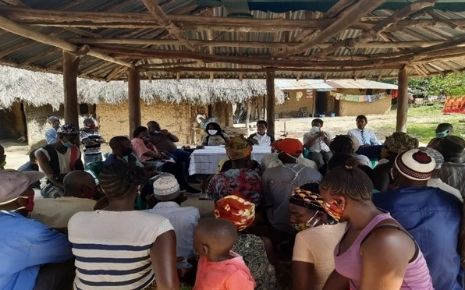 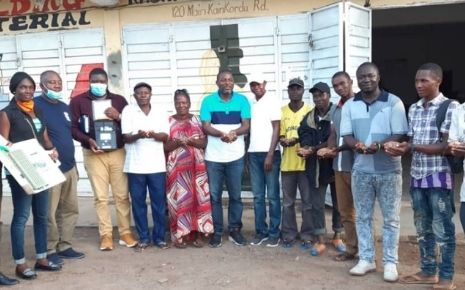 Oct 15 2020
8th October 2020: the Sierra Leone Investment and Export Promotion Agency (SLIEPA) has paid a follow-up visit to Kasiyatama Cocoa farmers’ Cooperative in Kono and as well embarked on engagement with some agribusinesses in Kambia District. The follow-up visit as explained by the Acting Director of Export Development Department, Mr. Bobso...Continue Reading 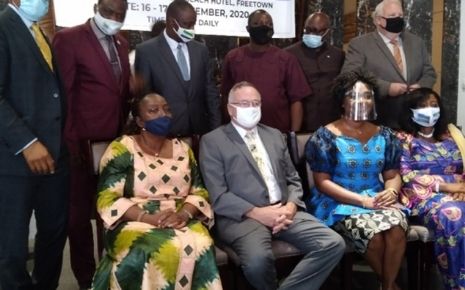 US $3.7 Billion to be Invested in Sierra Leone

Sep 23 2020
16th -17th 2020: The ‘Allied Identity’ has said that their partners have agreed to invest three billion, seven hundred thousand dollar ($ 3,000 700, 000) in Sierra Leone; this was disclosed during a two-day International Investment Summit hosted in Freetown by the Ministry of Trade and Industry and the Ministr...Continue Reading 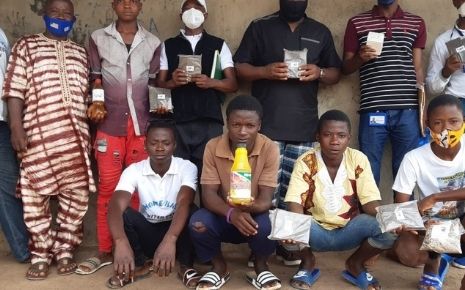 Sep 4 2020
The Export Development Department at the Sierra Leone Investment and Export Promotion Agency (SLIEPA) has on 25th August, 2020, ended an Export development engagement with selected agribusinesses in the South and Eastern provinces of Sierra Leone. When explaining the mandate of SLIEPA, the Acting Director of Export Development Department, Mr. Bobso...Continue Reading
Add to Report View Custom Report
Follow SLIEPA on Social Media